The weather wasn’t on our side for the second of our special weekend events. A big “thanks” to everybody who helped out – we were like drowned rats by the end of Sunday. As a result of the weather, footfall was obviously down, but we still had plenty of takers for mulled wine, mince pies and raffle tickets.

The raffle prizes were drawn on Sunday afternoon. First prize of a £250 Voucher for Cscape Art was won by Yvonne Rafferty from Derby. Marilyn Thomas from Polgooth won the £200 Emporium Voucher, and the Craft Kiln Hamper was won by Mrs. Wilson from St. Austell.

We’ll let you know very shortly the total amount raised over the two shopping events at The Old Workshop in aid of the Little Harbour Children’s Hospice.

Check out the picture of the draw below: 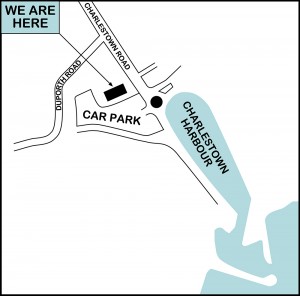